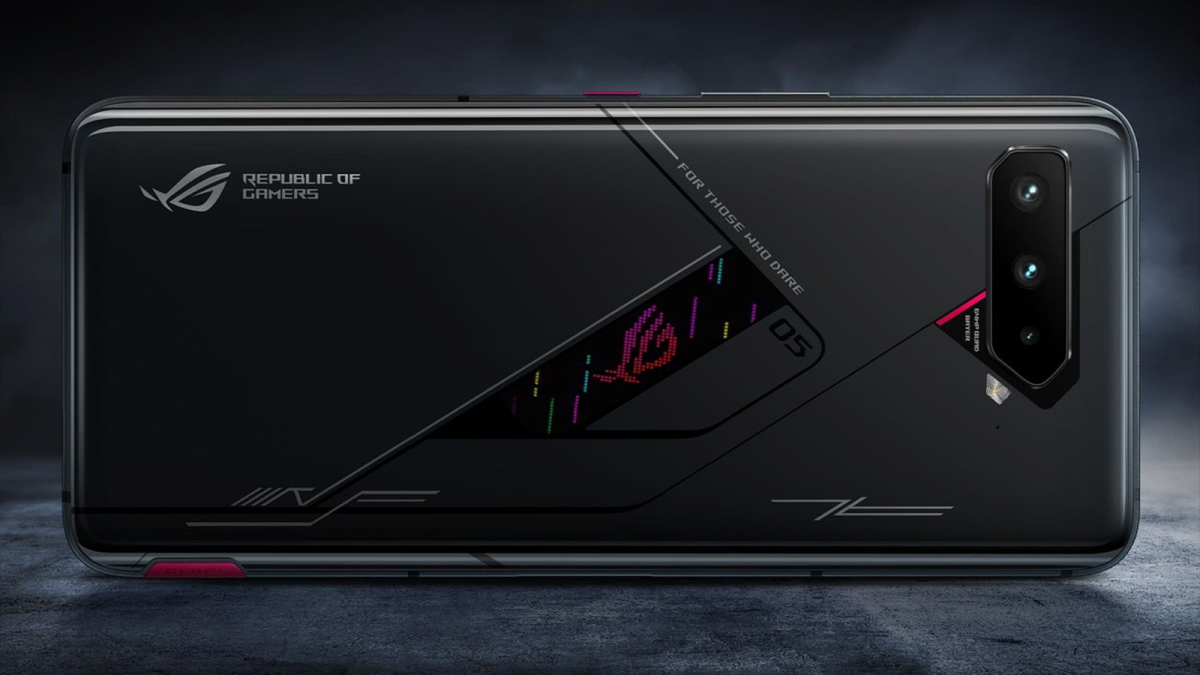 Asus’s ROG Phone was already one of the most powerful phones in the market, but it seems that wasn’t enough because less than five months after its release, Asus has just announced an even faster and more extreme version of its splashy gaming phone. Available in a base model and a slightly fancier “Pro” variant, the Asus ROG Phone 5s features a very similar design to its predecessor, but with a few notable upgrades: a new Qualcomm Snapdragon 888+ chip, an even faster 360Hz touch sampling rate, and a new color OLED display on the back of the ROG Phone 5s Pro.

While those additions might not seem like much, it’s very interesting to see the ROG Phone 5s receiving the honor of being the first phone to feature a Snapdragon 888+ chip, something Qualcomm’s own doesn’t have (even though that phone is also built by Asus). For gamers, the SD888+’s slightly higher clock speeds should work well in tandem with its faster 360Hz touch sample rate (up from 300Hz on the previous model) to deliver a more responsive reaction for touch controls, which is nice if you’re really trying to eke out every last drop of performance.

With a starting price of just under 30,000 New Taiwan Dollars (about $1,075) for the base ROG Phone 5s and going up to 37,990 NTD (about $1,365), for the ROG Phone 5s Pro, Asus’ new phone definitely ain’t cheap. Though with even the base model offering 8GB of RAM and 128GB of storage and going up to a whopping 18GB of RAM and 512GB of storage for the top-spec model, it’s not hard to see where all that money goes. (Though the benefits of having that much RAM in a phone are still up for debate.)

But what might be the most delightful part of the ROG Phone 5s Pro is its new rear-mounted OLED display, which now features six pre-configured animations for things like signaling an incoming call, launching a game, or even simply plugging in an add-on or accessory. Is it a bit much? Sure, but on a device like this, an over-the-top rear screen feels right at home. And if you’re not happy with Asus’ pre-installed animations, you can always create some of your own.

Most of the ROG Phone 5s’ specs have stayed the same, including its massive 6,000 mAh battery, huge 6.73-inch AMOLED display, triple rear cameras (64-MP main, 13-MP ultra-wide, and 5-MP macro), onboard DAC, and dual USB-C ports. Notably, Asus didn’t mess with the previous model’s built-in touch buttons either, so you’ll still be able to game with precision without needing to hook up an external gamepad.

Unfortunately, the placement of the ROG Phone 5s’ rear screen means there isn’t a great way to add wireless charging, which means you’ll still have to rely on the phone’s relatively speedy 65-watt wired charging instead.

But perhaps the biggest heartbreaker is that while the ROG Phone 5s is set to go on sale in Asus’ home territory of Taiwan, Asus doesn’t have any official plans to sell the ROG Phones 5s overseas at this time. That means if you want what might be the new fastest Android phone on the planet, you’re probably going to have to rely on third-party importers to get one.